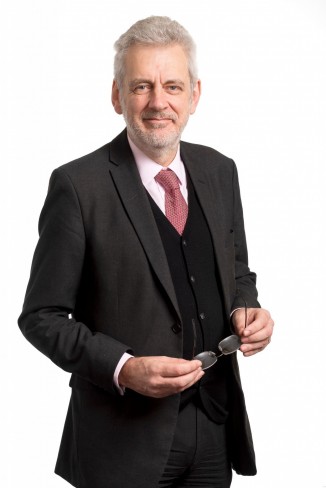 In 2017 HMRC challenged the tax status of a number of vans provided by Coca Cola to their employees as company vehicles. The vans were a mixture of Vauxhall Vivaros and two versions of VW Transporter Combi T5s.

Both were of a panel van construction and both has been fitted out with racking inside for the goods that the employees had to carry, and both had an additional row of seats behind the driver's seat.

In the opinion of Coca Cola, these vans all met the definition of HMRC's guidance for a Combi-van - despite having seats (and in VW's case windows as well) behind the driver. They were rated to carry sufficient payload (1 tonne) to be regarded as goods vehicles.

HMRC disagreed, assessed Coca Cola for the additional national insurance that would arise on them if they were cars, and assessed the employees for income tax on the higher benefit in kind charges.

A FTT decision is not binding on other parties but both parties appealed to the Upper Tribunal (UT) which confirmed the FTT decision. Upper Tribunal decisions do form a precedent so, following that decision, it is now the law that a VW Combi T5 is a car. To report such on the 2018/19 P11Ds could be regarded as a deliberate misstatement on a tax return - tax evasion in other words.

Why did the Tribunal decide what they did?

The tax legislation has essentially always regarded any vehicle with seats or windows behind the driver as a car unless it can be shown that it was primarily suitable for the carriage of goods. This is in addition to the 1 tonne requirement – without that payload it is a car anyway.

The Vauxhalls had a small set of seats fitted as an after-sale modification, but that modification would need tools to reverse – they were effectively permanent seats. However, the seats were not the full width of the van and there was cargo space on either side.

The VWs had windows and the seats were factory fitted, albeit removable without tools, but ran the full width of the car.

What does this mean for other employers?

Firstly, everyone with a Combi van in their fleet needs to review where their “van” fits on this argument.

Some Combis may not have been shown on a P11D at all. If the Combi was considered to be a van and was used only for work and normal commuting, there is no benefit.

So it is not just a case of reviewing P11Ds and checking the status of vans declared on them, but to also check all the vans in a fleet as if they are cars; if they were used for commuting, this will trigger a full tax charge.

If advantage has also been taken of company fuel, that will now fall into the horrifically expensive car fuel scale charge and consideration should be given to reimbursing the company before 6 July 2019 for the cost of any fuel used privately, in order to avoid that charge.

The Upper Tribunal’s decision clarifies the law – this is not a change that applies from the hearing date but effectively confirms what the law has always been – so we need to consider what to do about previous years as well.

We eagerly await some guidance on HMRC’s view. Will it take a lenient view on earlier years, given that everyone (but them) thought that they were applying the law correctly?

For more information please contact Robert Bailey, Tax Director at Bishop Fleming, on 01872 247086 or at rbailey@bishopfleming.co.uk