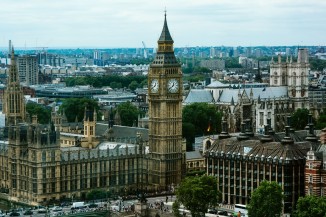 Philip Hammond's first two Budgets were hardly the most interesting of recent years. The first was more of an Autumn Statement but held in the Spring and the second, last November, seemed to be a holding exercise while the consequences of the Brexit vote remained unclear. Neither were exactly exciting events.

12 months on, the country's future remains no clearer. Interest rates have started to rise and there are signs that austerity may be ending, but markets show signs of nervousness amid speculation over the terms of our EU exit deal, or even weather there will be a deal at all. There is also lots of talk of an early election as the government's majority, while holding, remains on a knife edge.

Will these interesting times trigger an interesting Budget? Has 'Spreadsheet Phil' just been holding back while he carefully formulates his plans? Is the fact that this is the first Monday Budget since 1962 a sign of imminent revolutionary changes? Or is he just avoiding Halloween?

For the answers to these questions and for our analysis of the Budget announcements, join us on 30 October for our Budget Lunch in St Austell. We are also holding the same event in Truro as a Breakfast seminar on the same day at 7.45-9.30.

If you would like to attend either of these free events please RSVP to Kathryn Williamson at kwilliamson@bishopfleming.co.uk